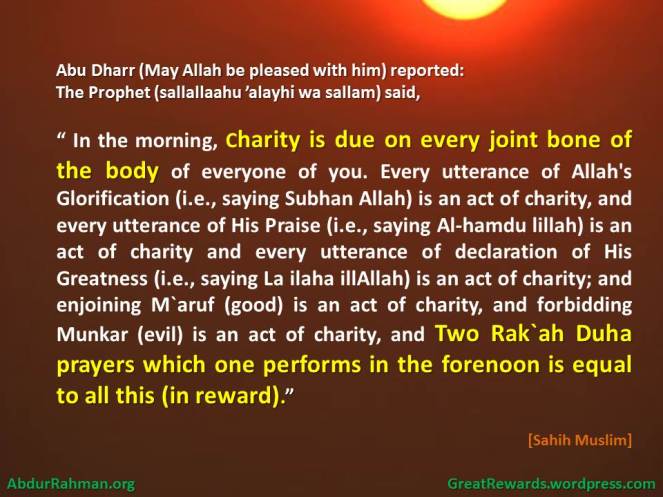 Commentary: “Charity is due from every joint bone” means that when a person gets up in the morning, it is obligatory for him to thank Allah for having every joint of his intact. Therefore, one must praise and glorify Allah. Since a single invocation of the words mentioned in this Hadith is equivalent to one Sadaqah, one must say these words for 360 times – a number which equals the number of joints in man’s body. Moreover, to enjoin someone to do what is good and dissuade somebody from vice constitutes Sadaqah. However, if one performs two Rak`ah of Duha prayer, it will serve for Sadaqah for all the joints of the body. Thus, this Hadith highlights the merits and importance of Duha prayer. We also learn from this Hadith that Sadaqah is not restricted to spending money alone but also has a vast meaning and covers all forms of virtues mentioned here.

Source of the above : Merit of the (Optional) Duha (Forenoon) Prayer – Riyadh ul Saleheen 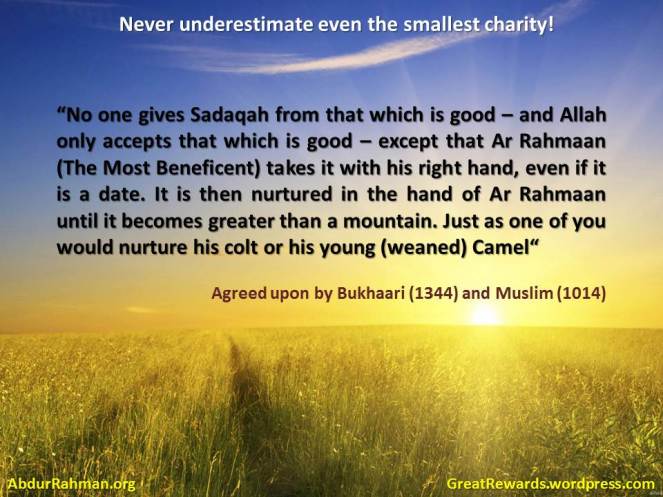